Hello and welcome to SF-Productions!
On this page, I'm introducing a few of my projects.

Disclaimer: This article is ethically wrong. I am not responsible for your actions. To avoid legal issues: Do only try this at home with all people involved being content. 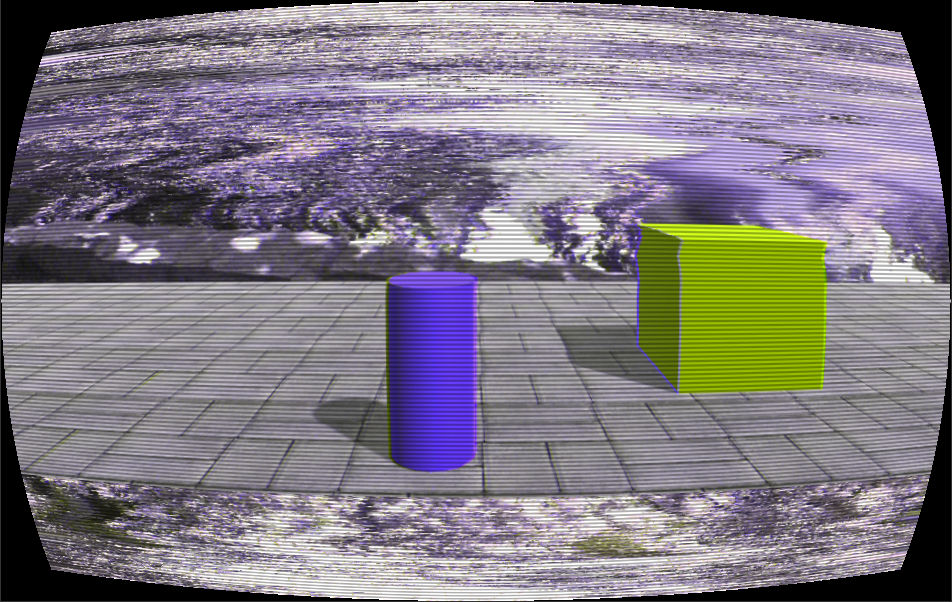 Void Warrior - A Hack and Slay

The old gods have risen.
Mankind is doomed.
You are chosen to fight for their amusement...
...On the crumbling ground of your own mind.

Void Warrior is a fast paced arcade hack 'n' slay game, inspired by H. P. Lovecraft. It has no conventional health bar. Instead the floor – presenting the mental health – can be destroyed or built up. Do not fall down into the abyss. 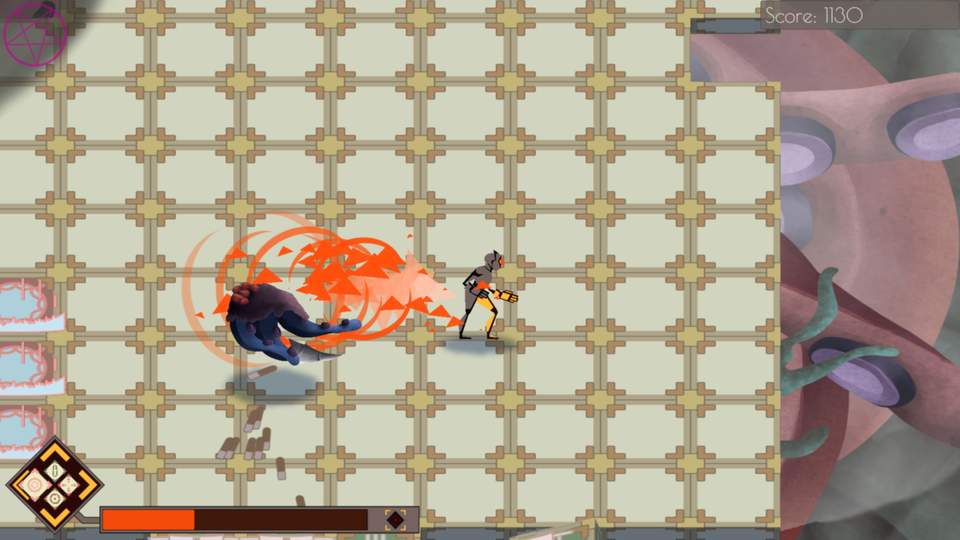 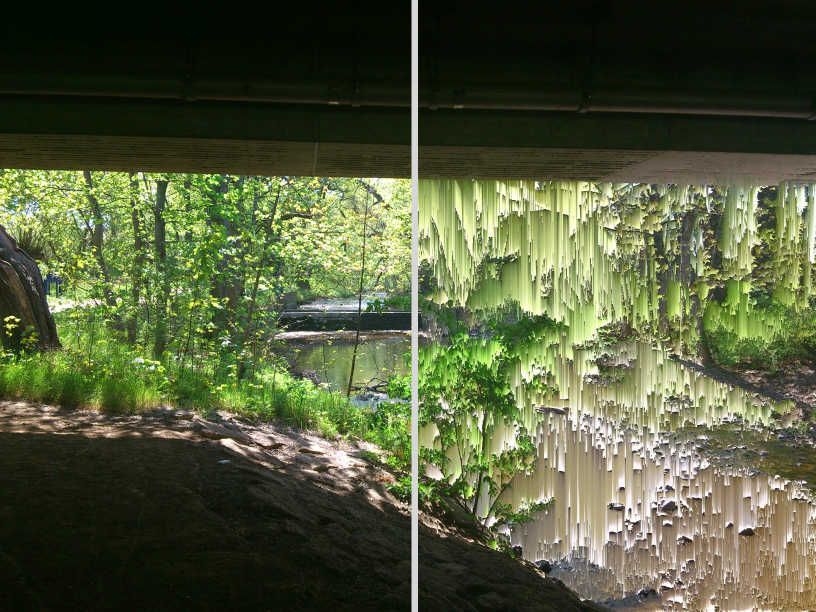 Pixelsort is a way of glitch art where the pixels of an image are being sorted and realigned. My approach was to do this in realtime with the video stream from a webcam. This project is based on Kim Asendorf's algorithm which sorts pixels by brightness, separated by a threshold.
I also built an easy to use controller box for the interface, driven by an Arduino Uno. However, you can simply control the application with your keyboard (press H for help).

Here is a first demo:

What is an LED cube?

An LED cube is some kind of 3D display. Theoretically, everyone could build it on his own. However, since it is a lot of work and there are many small, but costly parts, it's resolution will be very limited. An 8 by 8 by 8 Cube consists of an array of 8³ = 512 LEDs. Since this is 3 dimensional, we are not speaking from pixels anymore. We are speaking from voxels, which mean volumetric pixels.

You wake up in a cabin of a ship. All passengers seem to have left. An odd slurping sound is heard somewhere in the maze of dark corridors. There is only you, a lamp running out of oil and ... it!

Siren's Song is a horror game featuring randomly generated levels and a highly immersive soundscape. Unfortunately, we never finished it. 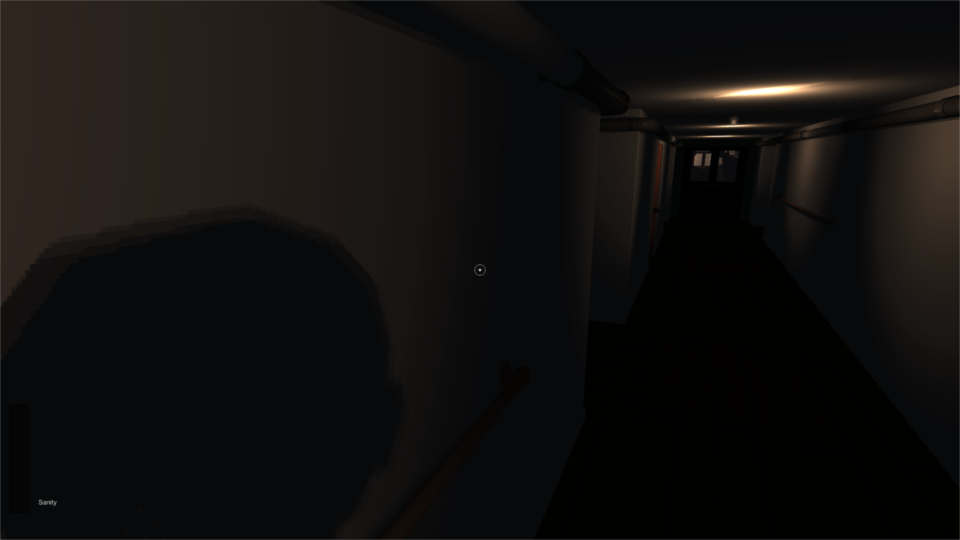 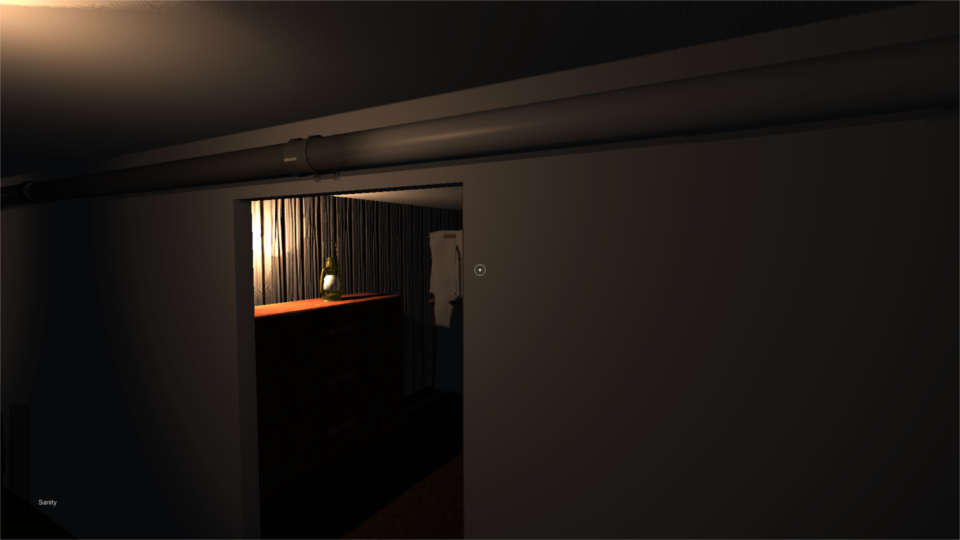 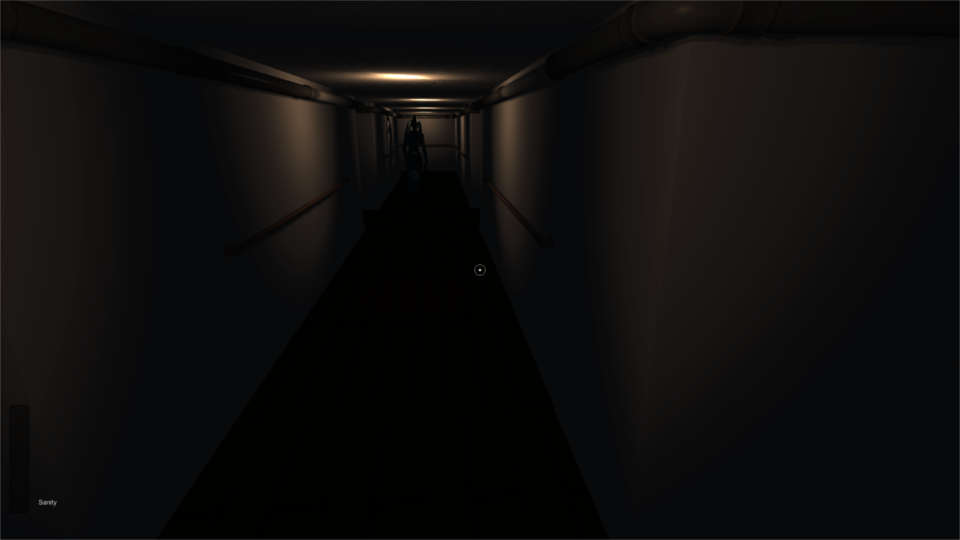 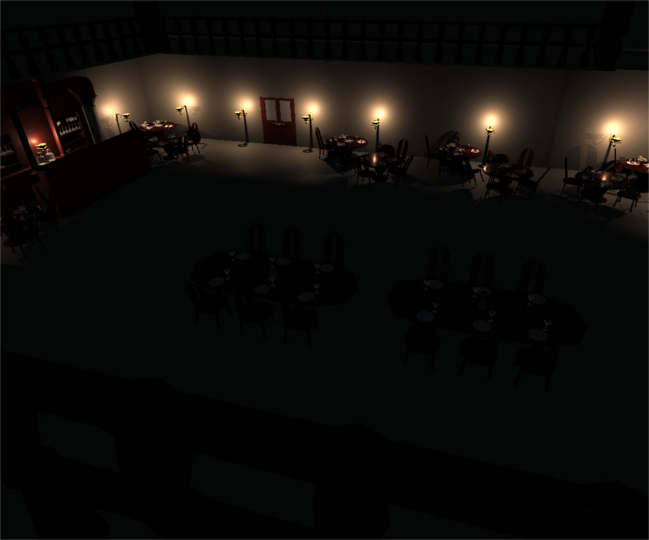 Does this sound familiar? You want to hook up a stone old console at a modern LCD TV, but the image looks awful. The known 60 Hz mods and the use of an RGB cable improve it a little, but it's still not the same feeling as back in old days. A popular measure to get this feeling back, is using a scan line generator, or even better, the use of a separate upscaler, which offers a much better quality than the TV built-in.
Scan line and upscaler kits can be found on several online shops, but they cost a lot. However, if you have some experience in soldering, you can build your own. for a few bucks.

What do we need?
In general, this circuit consists of three devices: A sync separator (a.k.a. sync stripper) which converts the SCART-RGB signal into a CGA/VGA compatible output, an upscaler which converts the low resolution to a higher resolution, without sacrificing the quality, and a a scan line generator (SLG) which dims every second line to make the picture more "crisp".

For comparison: Without and with scan lines

The economical implementation is sufficient for this application. That means we just need to extract the horizontal sync signal from the FBAS signal. Because our upscaler supports the RGBS standard, we can discard the vertical sync signal.
The advantage of this circuit are it's compact measurements. All electronics fit easily into the SCART connector. 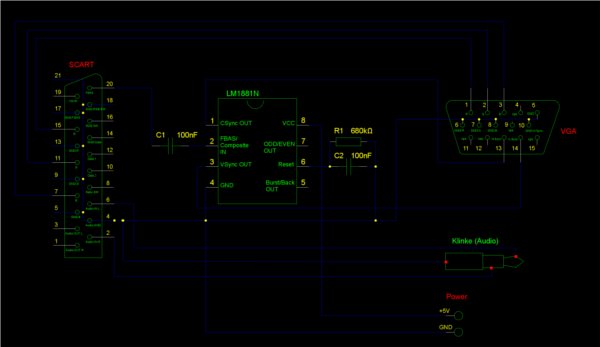 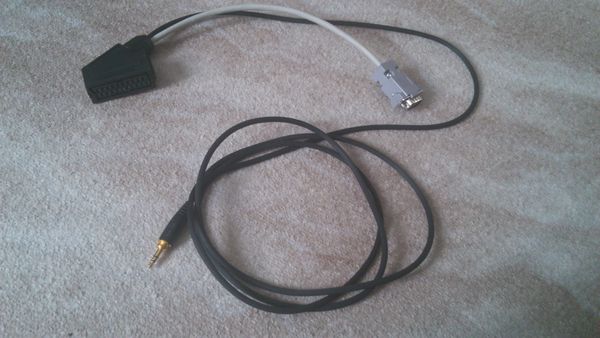 Unfortunately, we cannot build the upscaler on our own, but there are some inexpensive ones from China on Ebay. They are easily to find by searching for the term "ega cga". We also need a 5V (Never 12V, as it is written on the board. One scaler died when I tried that.) wall wart.
When starting up the scaler the first time, we notice the menu is in Chinese language. We set the language to English with menu entry #4. 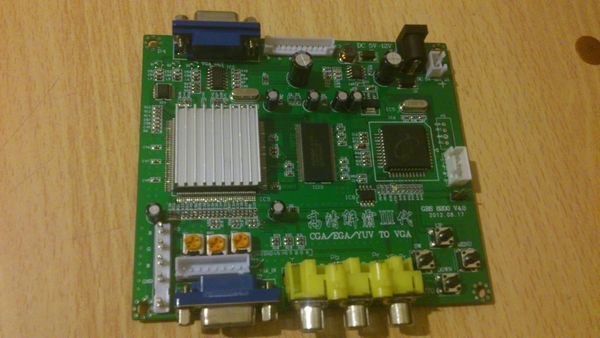 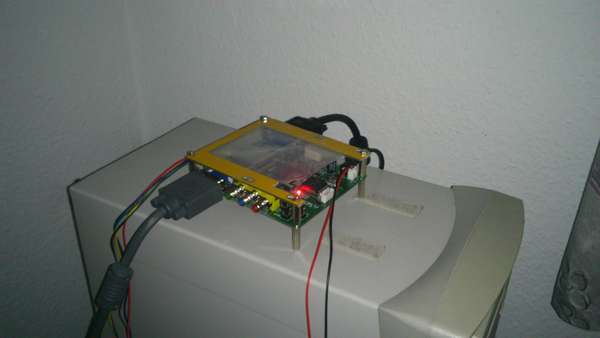 The SLG dims every second line, but this is just the half of the truth: When we do this on a higher resolution (1024 x 768), the lines will be so slim that we can barely see. Additionally, bright pixels overblend darkened pixels. Therefor the SLG has a switch for the thickness of the scan lines. That means instead of alternating each one line, it switches every two lines visible and two lines dimmed.

The set described above impresses with a very good image quality. However, there are compatibility issues.
The upscaler cannot handle a 50Hz signal. This is the common case for most devices with VGA input. Therefor the console has to give out the picture format NTSC or PAL60, plus an RGB signal, or if possible, it should be connected to the scaler directly via YUV. The console output (RGB) has necessarily to be clean and stable at 60 Hz without fluctuation, or the image will break down or skip.

This is my first official game. After participating in the Global Game Jam, I could not resist to create one more game and improve my way of game conception. This definitely worked out.
Tower Jumper was created within only four days. There is still a lot room for improvements, but I decided to keep the game the way it is. 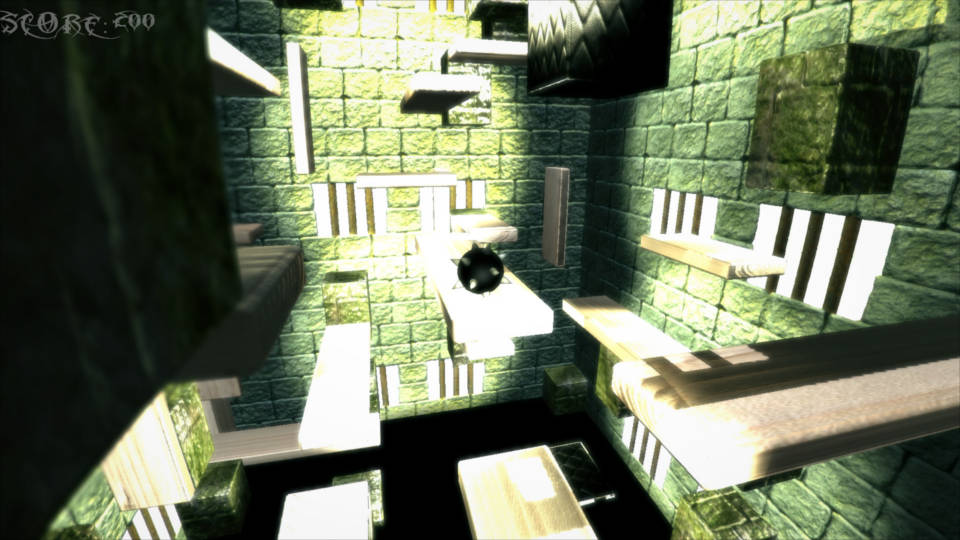 You take control of a spiked ball with the aim to reach the top of the tower it is locked in.

Honestly, this tower has no top. Find your way to reach higher levels and increase your score.
To achieve this, you have to jump off objects inside the tower. Bouncing off the upside of black boxes gives a score bonus.
Supported input devices: keyboard, joypad (I recommend an Xbox360 ® Controller)

We used a Raspberry Pi (B, first model) for this project. Despite the low computation power, it is capable of analysing and comparing a bunch of pictures. To accomplish our task, we used the library OpenCV and wrote our code in Python. 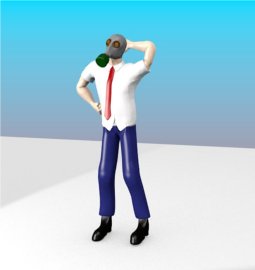 This is the result of my first approach in character modeling using Blender.

This game is a proof of concept for head tracking. It uses the device's front camera to detect the player's face and it's position.
This app is based on the OpenCV library. 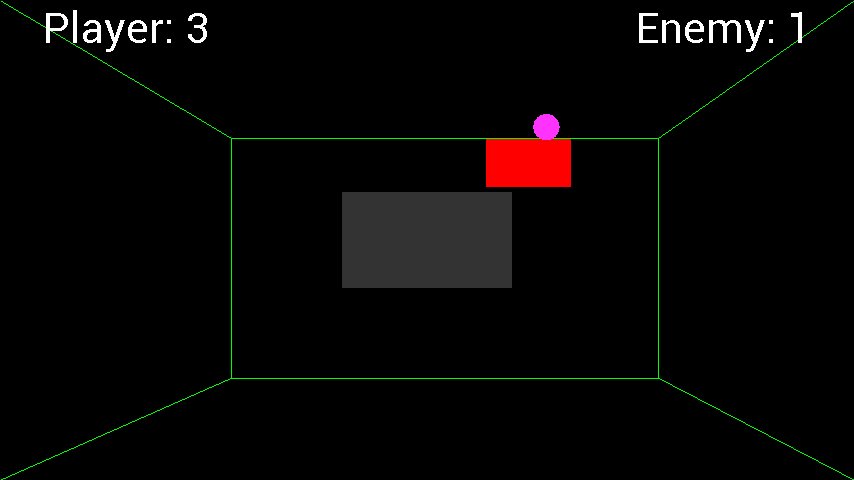 Install the OpenCV runtime package from Google Playstore®, or get it from the official SDK

These are some textures I made some years ago. Feel free to use them in your project, as long as you credit me. 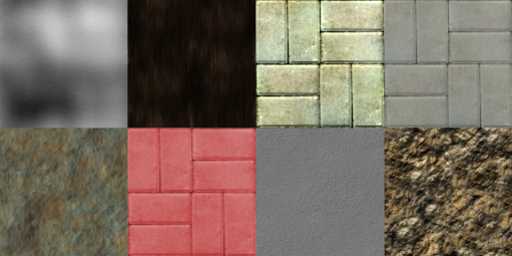 I created this map before my study. It is made for the coop survival horror total conversion mod "Killing Floor Mod" for UT2004. 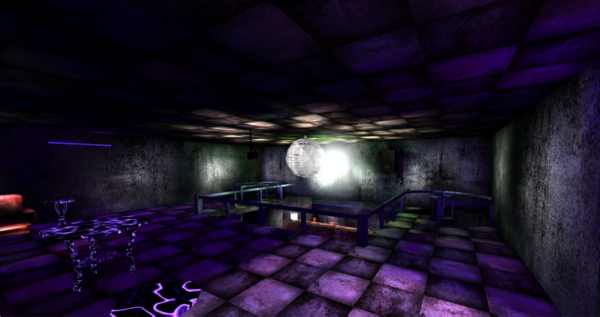